Getting rid of body fat is a difficult struggle for many people, especially if for genetic or health reasons you just cannot get rid of it just through diet and exercise.

However, now there are a number of newer treatments that can eliminate body fat without resorting to invasive surgery. They utilize new advances in technology to find ways of removing fat without affecting any other part of your body.

Cold temperature has long been known to kill fat cells in your body. It’s why people who live in extremely cold temperatures have to consume far more calories in order to maintain their normal weight.

In the past, there was no way to safely use freezing temperatures as a clinical treatment to remove body fat without it also affecting the rest of your skin and flesh. Now, however, new treatments have been developed that safely target your fat cells without bothering the surface.

Cryolipolysis is the best example of fat removal treatments through cold temperatures. Through numerous testing and trials, the precise temperature required to kill fat cells was determined.

A new technology that has been developed for safe and effective fat removal treatments is radio frequency. It uses focused heat, rather than cold, distributed to specific areas of your body to liquefy or at least shrink fat cells.

Some treatments also stimulate your muscles causing them to contract, which helps burn fat as if you were exercising. There are some limitations to these treatments because they use radio waves — people with pacemakers, metal implants, and certain other medical conditions or implants cannot receive these treatments.

One type of Radio Frequency treatment deploys the heated radio waves through small, hand-held devices that are carefully applied to the target area. It is held at a location for a few minutes before moving, and repeated until around an hour has passed.

People who are pregnant or who have tumors should not receive these treatments. A different type in development works very similarly, but has a different method of deploying the Radio Frequency waves — using a band that is raised just above your skin, and specifically for your waist and torso areas.

Lasers are another technology that have been developed and refined to help eliminate fat safely and non-invasively. The lasers target superficial fat cells, so they do not puncture deep into your flesh. The lasers are targeted to specific areas of your body using hands-free devices. The lasers puncture and disrupt the membranes in the fat cells, causing them to break apart and get absorbed naturally by the rest of your body.

In some treatments, heated laser lights are passed through your skin using an applicator held directly against your skin with straps. The lasers heat and damage the targeted fat cells to liquefy them, and the remains are absorbed naturally.

Another technology adapted for fat removal treatments is ultrasound energy. It works like the radio frequency and laser-based treatments, where the ultrasound energy is used to target the shallow fat cells below your skin to permanently destroy fat cells so they are naturally absorbed by your body’s normal healing process.

In this case, the ultrasound applicator delivers the waves of energy to melt away the fat cells while leaving your skin and other cells unaffected.

All of the above non-surgical fat removal treatments operate on the same principles, whether it uses cold, radio waves, lasers, or ultrasound. New technology in the last decade or so has been developed to target surface fat cells, destroy those fat cells and allow the body’s natural healing process to absorb and remove them.

However, as a result the same general limitations also apply for all of them. While they permanently remove the surface fat cells you have at that time, they do not prevent you from gaining the weight back without a proper diet and exercise. They work best at eliminating surface fat that exercise or dieting cannot get rid of. They can be very useful, but it is best to do your research of these treatments before committing to anything.

As you can see, there are a number of new treatments available to remove unwanted body fat thanks to recent advancements in technology.

They all adhere to certain principles: through different means, use safe targeting to disrupt and destroy surface fat cells so they can be naturally absorbed by your body. This way you do not require invasive surgery. Whether  the treatments use lasers, ultrasound waves, or radio frequency combined with hot or cold temperatures, the results can speak for themselves. Born and raised in Ottawa Ontario, Dr Crippen has attended three Canadian Universities and obtained four educational titles including his Doctor of Medicine (M.D.). He has worked extensively in public and private medicine since 2003. Dr Crippen has devoted his practice exclusively to both medical & cosmetic skin care procedures/treatments at his clinic.
A Fellow of the American Society of Laser Medicine and Surgery, and a diplomate of the American Board of Laser Surgery in Cosmetic Procedures, Dr. Crippen has trained with physicians who are at the forefront of laser & aesthetic medicine. 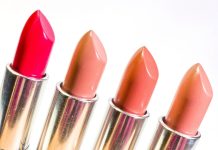 Should you Consider Proactiv’s Acne Treatment Products – an Objective Look

5 Things You Should Be Doing for Your Face Every Day