Coronary heart disease (CHD) is the number one killer of American males and females. According to the American Heart Association (AHA), approximately every 33 seconds an American will suffer some type of coronary event and almost every minute, someone will die from it.

Don’t Wait Until It’s Too Late

Studies have shown that signs of heart disease begin developing in childhood.

It is a well-established fact that high blood cholesterol levels play a role in the development of coronary heart disease in adults. Because studies have shown that signs of atherosclerosis begins in childhood, lowering levels of elevated blood cholesterol in children and adolescents is beneficial.

Cholesterol Counts (Even for Kids)

Research with families has found that simple dietary modifications can significantly lower total and LDL cholesterol levels in parents and their children.

According to the National Heart, Lung and Blood Institute (NHLBI), it is important to establish healthy lifestyle habits early in life – such as healthy eating patterns – in order to help keep the risk of heart disease low. The NHLBI has said, “Everyone older than age 2 should care about cholesterol to reduce the risk of developing heart disease as an adult. Children as well as adults can improve the health of their hearts by following a low-saturated-fat and low-cholesterol diet, avoiding obesity, and being physically active.”

Studies have found that 80 percent of adolescents between the ages of 13 and 18 exceeded dietary recommendations for total and saturated fat. Another 49 percent exceeded recommended intakes of dietary cholesterol; subsequently, these individuals were more likely to show early signs of atherosclerosis.

Aim for a Healthy Weight

According to the American Heart Association, experts convened by the World Health Organization (WHO) have said that obesity is rapidly increasing and is a threat to the health of populations worldwide. These WHO experts also noted that obesity affects adults and children alike.

The well-known Bogalusa Heart Study found that children between the ages of 5 and 17 who were overweight were 2.4 times more likely to have elevated total blood cholesterol levels than children of normal weight. The study also indicated that of those children who were overweight, more than half (58 percent) had at least one risk factor for heart disease.

According to health officials, approximately 25 percent of children between the ages of 6 and 19 are overweight, which may place an alarming number of children and adolescents at an increased risk for heart disease.

Being physically inactive is as risky as having high blood cholesterol levels, high blood pressure or cigarette smoking.

Health experts recommend at least 30 minutes of physical activity each day to reduce the risk of chronic disease, such as heart disease.

The American Heart Association notes that physical inactivity is more prevalent among young women than men. Blacks and Hispanics are less likely to be physically active than their Caucasian counterparts. 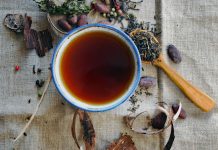 When to Seek Treatment for Your Anxiety