Premature ejaculation (PE) is a common sexual dysfunction in men. In fact, most men experience it at some point in time. If you think about it in evolutionary terms, reaching orgasm early is not an issue, it may even be the goal. After all, the sooner you can finish the task, the sooner you can spread your genes. 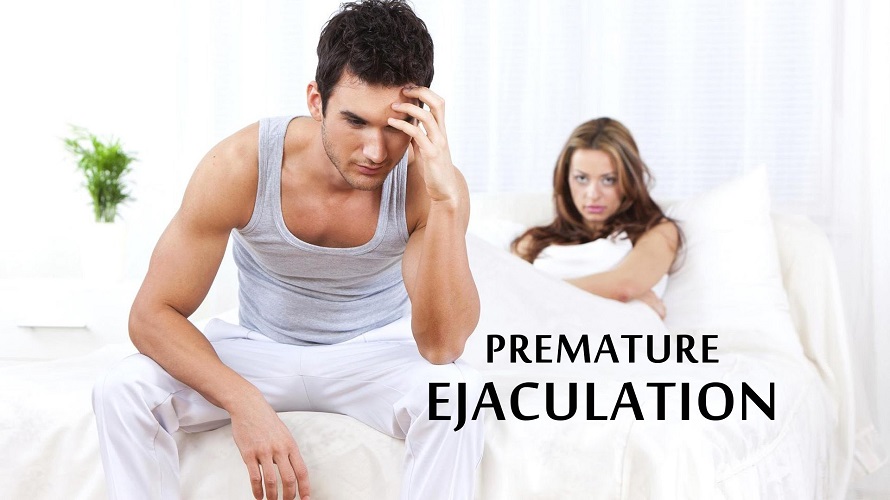 It’s only now that we have developed into caring species that ejaculating early becomes an issue. As you may have noticed, males are not only in union with females just to spread genes. It’s also to care and satisfy the other person. So, is PE a real problem for women?

In this article, we are going to explore the answers posted on Reddit and consult with a professional about the subject.

So, What Do Women on Reddit Think About Premature Ejaculation?

If you want to read first-hand answers, you can simply go to Reddit and check out women’s replies. However, for the most part, there’s still not a loud and clear answer.

For some women, it’s not a big deal. For women that largely belong to this category, the theme of the answer goes something like this – sex is not the most important part of the relationship. Compatibility, caring for each other, honesty and understanding are some of the factors that are above sex. Also, a penis is not the only way for a woman to get sexual satisfaction.

There are also women who are on the fence about PE. For women in this category, the theme of the answer revolves around – it depends.

“If I am not that interested in the guy in the first place, then PE could be a deal breaker.”

Of course, there are women that are completely on the other side of the fence. For women that belong to this category, the theme of the answer usually centers around – it’s a big deal for me. “PIV is the only way I get sexually satisfied,” they say.

A Professional’s Take on Premature Ejaculation

We consulted Dr. Langham about the issue of PE in the midst of a relationship. Dr. Langham is a Between US Clinic consultant. She also has a degree in psychology and a master’s degree in family and marriage therapy.

Q: How does PE affect a relationship?

According to Dr. Langham, PE can take out the “mojo” out of a man’s sexual performance and sex life. In some cases, PE can wreak havoc in a relationship. However, the reason behind this is a bit shocking.

Usually, women reported that low libido and sexual dissatisfaction are the main problems. And yet, it’s not actually “quick” sex that is causing these problems. Dr. Langham said that for women, the problem lies on the fact that a man with PE spends more time trying to “perform” (i.e., prolonging duration and stamina “training”) rather than attending the real needs of the woman (i.e., cuddling, kissing, romance, foreplay etc.)

There’s also the issue of shame among men with PE. What usually happens is that men with PE seldom talk about the problem with their partners. There’s this lack of communication that causes a “distance” between the partners. Some women may misinterpret the “distance” as caused by her. In reality, it lies in the perception of her partner that if he can’t “perform, then he’s not a real “man.” When the female partner pushes to seek answers, it will only lead to more problems.

Dr. Langham also added that 20% of women claim that PE is a big issue, enough to be a deal breaker.

Q: Should a man be upfront with his PE issue when dating a potential partner?

Dr. Langham said that the answer could be tricky. It all depends on the level of comfort between the two. The man should “feel” out the partner for the right time to be upfront about it.

However, it’s highly advisable that the man doesn’t tell the partner after the first sexual experience – it should be before the deed. Most women feel betrayed and lied to if the man communicates the problem after the sexual experience.

Q: What’s your advice for men who gave up looking for a partner because of a PE problem?

According to Dr. Langham, PE is not a problem to each and every woman out there. As mentioned above, only 20% of women find the PE problem as an absolute deal breaker.

Dr. Langham advises that it’s all about looking for the right partner. Also, not every woman needs sexual penetration to get satisfaction. Other women get sexual satisfaction from oral sex and/or good amounts of foreplay. Hence, it’s just a matter of finding these women and forming a good relationship.

Q: Should a man seek PE treatment even if his partner is not bothered with it?

According to Dr. Langham, the short answer is yes. A man with PE should seek help for himself. Also, there are a lot of problematic scenarios down the road.

For example, what if the relationship ends and it has nothing to do with PE? How will the man feel about the issue as he enters back into the dating world? How will it affect his self-esteem and confidence, which are big factors for finding a partner?

Even if the man thinks that they are both in for the long haul, what happens if the partner becomes resentful about the PE problem in the future?

In other words, it’s simply better to find treatment for PE while it’s still a minor issue before it becomes a real problem.

Furthermore, getting help is easy these days. Aside from having many available avenues when it comes to the counseling part of the treatment, there are also a lot of products that can help with the problem. Hard erection tablets and delay ejaculation supplement are great examples of these products as there are tests that strongly suggest that they can really help.

How to Treat Sciatica

What Are The Best Things To Drink For Your Prostate?

The Dangers of Sun Exposure: How to Protect Yourself