Home health What is L-Theanine and What are Some of Its Benefits?
39
SHARES
FacebookTwitter

L-theanine is a common ingredient of green, black, and white tea, and as such it is mostly consumed in the form of this popular beverage. Since 1964, it has been used in chocolate, herbal tea, and soft drink industry.

According to some studies, this substance has a positive impact on cardiovascular system and cancer prevention! People mostly combine L-theanine and caffeine to improve attention, and (according to some users) even increase motivation and boost the mood; the usual dosage includes 200mg of L-theanine and 100mg of caffeine. However, if you suffer from anxiety or heart problems, make sure to contact your doctor, for he/she might recommend avoiding caffeine altogether.

And now some technical info – it’s an amino acid that can be derived from Camellia sinensis (green tea) or Boletus badius (a type of fungi). This substance is similar to some of the neurotransmitters found in our brain, such as glutamate and GABA.

L-theanine is also known as Gamma-ethylamino-L-glutamic acid or Suntheanine, and is most commonly derived from tea tree leaves, plant that can grow up to 9 meters in height. Its first nutritional use was in Japan. L-theanine derived from fungi found in the United States is not so common.

Currently, there are no reported contraindications or interactions with other substances. When it comes to consummation of L-theanine during pregnancy, there are no scientific studies about potential benefits or harmful effects on the fetus.

The reported adverse reactions have all occurred in combination with caffeine and they include:

How Does L-Theanine Work?

L-theanine stimulates alpha activity of the brain, which, in plain English, means that it has a positive effect on alertness and attention. One research suggests that L-theanine can even help with reduction of schizophrenia symptoms. This substance can also increase the levels of neurotransmitters such as dopamine, serotonin, and GABA that can lead to improved learning skills and memory.

The downside is that the majority of these studies regarding L-theanine were conducted on animals.

According to a Japanese study, a group of students experienced a reduction in anxiety symptoms after using L-theanine, and despite the expectations, neither L-theanine nor caffeine did not affect the blood pressure readings of the participants.

Canadian scientists claim that this amino acid can improve the quality of sleep in male subjects who suffer from attention deficit and hyperactivity disorder (ADHD). The participants were separated into two groups. The first group consisted of 46 boys with ADHD received L-theanine, while the other 47 boys received a placebo. The results showed that boys who were given L-theanine spent more time in restful sleep than subjects from the other group. However, the effects of L-theanine in both groups were short-term, and the results inconsistent.

L-theanine is recommended to people suffering from dementia; however, healthy individuals can also benefit from it. Some of the alleged benefits of L-theanine use are relaxation without the feeling of sedation, improved memory, attention, and learning skills.

Despite many reported benefits of this substance, there is still not enough scientific evidence regarding the subject. One thing most experts agree on and recommend is to consume L-theanine in the form of tea rather than food supplement. 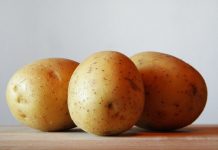 What is Celiac Disease