Home health How to Use Turmeric for Arthritis
23
SHARES
FacebookTwitter

Arthritis is one of the most common health problems observed in all age groups. This joint condition brings along symptoms like swelling, inflammation, and pain in joints.

The problem gets even more acute with time and that calls for a long term remedy to take care of the symptoms and underlying cause.

While this health problem can be experienced by anybody irrespective of gender and age, statistics reveal that the onset of the disease commonly takes place at middle age and is more common in women than men.

The disease in longer run may pose other complications as well if not treated in time.

Arthritis is a common term used for joint problems, but there are different types of arthritis based on its cause.

Some of the common types are:

It results from the immune system disorder. The autoimmune disease occurs because of changes in hormones, infections, and even genetic problems. It gets severe with time and slowly results into joint deformity and even loss of motion in some cases.

This is a painful joint condition resulting from excess uric acid deposition in joints. The uric acid is crystalized in joints and may turn into painful condition slowly.

Arthritis of this form results from infection. Old age can trigger this type of arthritis, but you will find many young people suffering from this problem as well.

Different types of arthritis have some common symptoms that may affect your lifestyle.

Some of these symptoms are:

Severity of symptoms can be reduced by NSAIDs and steroids, but long term use of these medicines have further shown several side-effects too.

It is therefore recommended to go natural for long term results without any side-effects. Turmeric is known to be one such natural remedy to keep the symptoms of arthritis under control and also bring down the severity of the disease.

Benefits of turmeric are manifold due to its health packed composition. The wonder spice has also shown promising results in condition like arthritis.

Active ingredient curcumin present in turmeric may offer relief from painful symptoms occurring out of arthritis.

Brings down inflammation – Joint inflammation is one of the most common symptoms of arthritis. Joint lubricating fluid is inflamed due to arthritis and these results into joint stiffness that is further experienced as joint pain.

Studies have shown that curcumin is more effective in treating inflammation than the regular non-steroidal drugs. It successfully inhibits COX and LOX, the two pro-inflammatory enzymes responsible for the pain. The major advantage of curcumin is that it is free of side-effects, which may not be the case with other drugs.

Convincing effect on autoimmune disorders – Rheumatoid Arthritis results from autoimmune disorder. Here the immune system would work in weird manner, where it attacks its own body tissues just as it would affect foreign matters entering the body to prevent infection.

The activity of antibodies is inhibited by about 50% to 70% with curcumin consumption. Immune cell activity is inhibited effectively by curcumin to prevent inflammation.

Turmeric has shown relief from skin conditions occurring due to psoriasis. This further reduces the chances of this inflammation reaching out to joints.

It also reduces pain killer intake considerably because of its natural anti-inflammatory properties. This eventually reduces the ill-effects of arthritis and its treatment.

Turmeric is natural and effective. Add it to different dishes along with bio-enhancers for good absorption. Take its supplement to increase the effect. Pure curcumin extract is safe to club with most of the medications, however check with your medical practitioner before starting with any supplement for healthy healing. 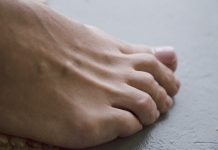